What Things Add Value To A Piano? 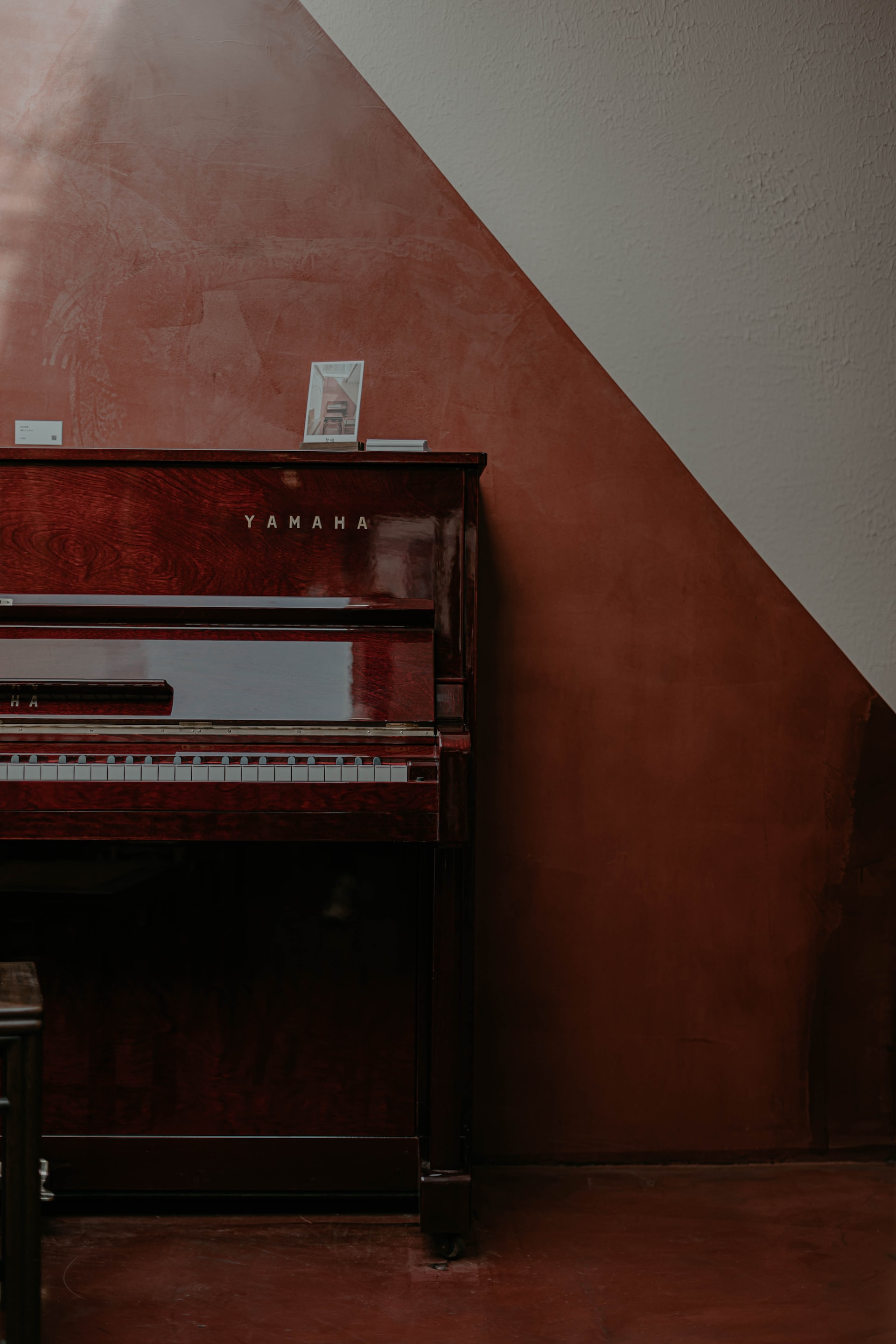 One thousand of the nearly 12,000 components that make up a piano move to produce sound. A single component moving can break the song! No solo instrument has more force than the piano. Pianos cost more than jewels, just to give you an idea and add value to a piano there are a number of features that can be enhanced with art. The most beautiful aspect is that a pianist can create incredible music whether performing alone or with an orchestra.

If you're in the market for a new piano, you are aware of the high cost of high-quality pianos. A low-end upright can cost as little as $3,000, and some high-end uprights can go for as much as $25,000. Grand pianos can cost up to $200,000, making them among the priciest keys available.

But when you look at the most expensive pianos in the world, even grand pianos look cheap.

Let's examine the pianos with the highest prices in the world and determine what makes them expensive and you can compare their prices with jewelry you can visit Bernardine to make youself an idea of how much jewelry pieces worth.

What Features Add Value To A Piano?

Compared to many other instruments available on the market, pianos are more expensive. The construction of a piano can take up to nine months and uses a lot of high-quality materials. Here are some of the causes of some pianos' higher prices.

Exotic wood species of the highest caliber are used to construct pricey pianos. They could include spruce, birch, maple, fir, mahogany, and ebony. The soundboard can resonate thanks to several types of wood. Ivory keys, wood inlays, or precious metals are features that some pianos may have.

Similar to shoes, apparel, and automobiles, a piano's price may vary depending on the brand. Some manufacturers have become well known for producing high-quality pianos that please customers and are used in live performances.

Bechstein, Bluthner, Steinway & Sons, Stuart & Sons, Bösendorfer, and Baldwin are a few of the priciest brands.

It's possible that brands like Yamaha and Kawai don't fit in the category of "luxury pianos." However, these brands are capable of producing a sturdy, high-quality piano. Many pianists would rather spend more money on a piano from a reputable manufacturer than go with a less expensive one.

A piano may cost more depending on how much time and effort are put into it.

More expensive pianos are typically expertly constructed by experienced engineers. The many complicated parts of a piano necessitate the presence of trained craftsmen. The durability and sound quality of a piano can be impacted by its construction.

A Little Taste Of Fame

Additionally, the history of a piano may increase its price. On the exterior, some of the most expensive pianos in the world could appear unappealing.

However, they might have been a part of a beloved movie or owned by a well-known musician. The piano's brief stint of prominence in this instance adds to its inherent value.

Let's take a look at some of the priciest pianos available. 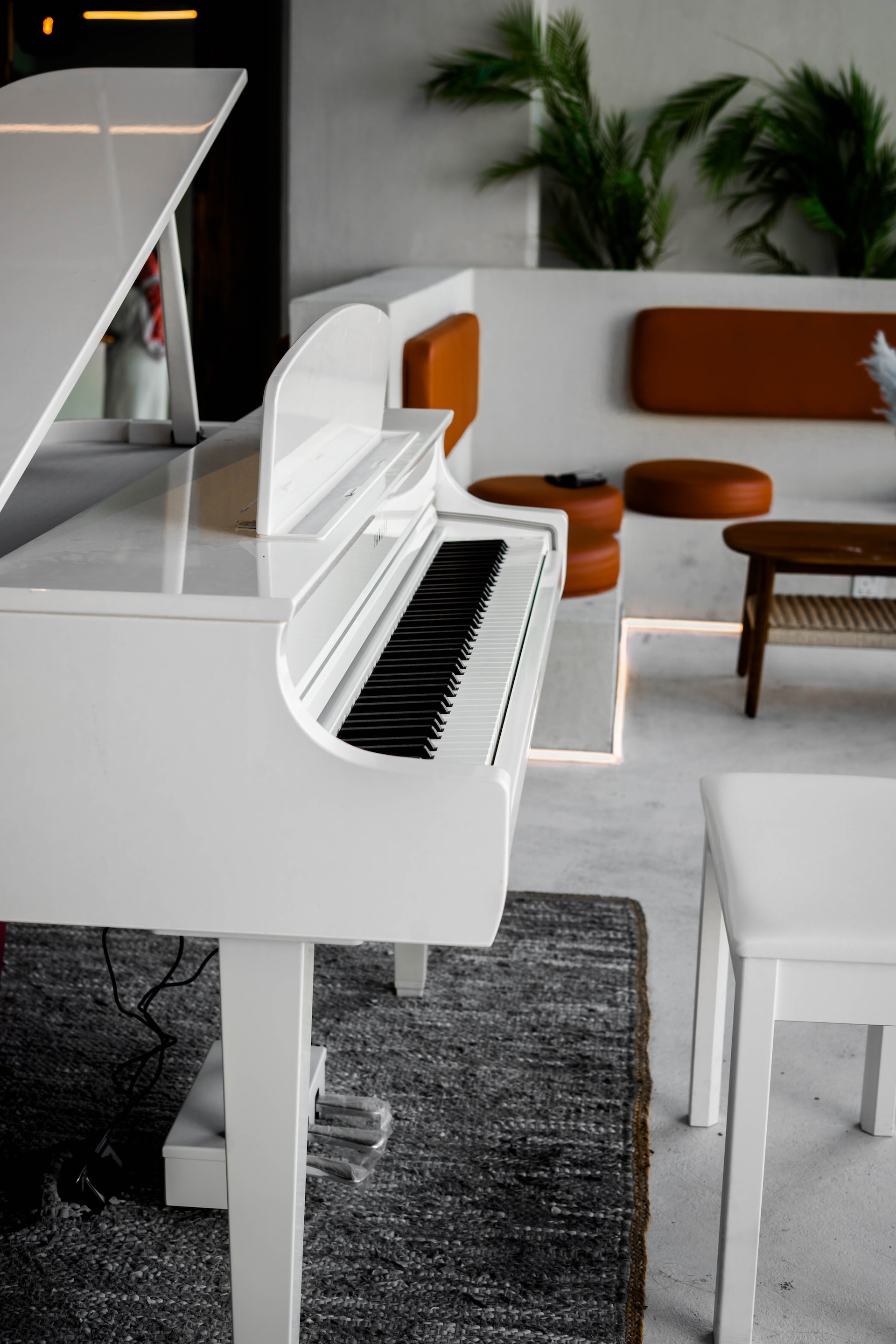 Pianos With The Highest Prices

Any piano can be costly, but the pianos on this list are extremely expensive. Find out what makes the priciest pianos ever sold so valuable by looking at them.

The upright piano from the 1943 motion picture Casablanca rose to the status of being the most costly piano ever sold. Many beloved movie moments have this piano as the center of attention. Sam performs the love ballad of Humphrey Bogart and Ingrid Bergman's characters, "As Time Goes By," at this piano.

Along with Humphrey Bogart's catchphrase, "Here's looking at you, Kid," this song is a classic. The piano is a symbol of the movie and may be seen in a few significant sequences.

Before selling the renowned piano to an unidentified buyer at Bonham's auction house, Dr. Milan possessed it for many years.

A Humphrey Bogart-signed photo and chewing gum put under the keyboard were included in the price tag (possibly from one of the actors in the film). There are just 58 keys on this upright, wooden piano, which is adorned with elaborate patterns.

Since no one played this legendary piano in the movie, its sound quality is still a mystery. Instead, the music was being played off-stage by a pianist as the actors performed their roles.

The most costly piano on the market right now is a Steinway that artist Paul Wyse painted. Although expensive, the $2.5 million price tag is plainly visible in the lavish elements of the artwork.

The phrase "pictures at an exhibition" is a reference to the influential work by Russian composer Modest Mussorgsky, and it actually describes the experience of a visitor moving from one painting to another. All of the musical images are represented on this masterwork piano, along with Modest Mussorgsky's own visage.

The handmade seat is carved in the form of Russian medieval folklore, and the piano's legs are magical Russian cuckoo clocks. The Russophile will get into a frenzy over everything about this unique, museum-caliber gem.

There appear to be numerous Steinway pianos in the top five most expensive pianos. The 600,000th piano made by Steinway was celebrated with the construction of this Fibonacci piano. Making it properly required more than four years and 6,000 hours.

Hand placement of the wood veneer creates the appearance of a three-dimensional spiral pattern. The $2.4 million price tag for this piece reflects the many hours and pricey wood used in its creation.

What Makes A Piano Valuable?

The most crucial concept to grasp is that a piano's musical quality accounts for the majority of its value. With very few exceptions, this has always been the case throughout the piano's more than 300-year history. A piano's age does not increase its value; rather, it decreases it.

How Do I Value My Piano?

Appraisers often use three different methods to figure out the fair market value of old pianos and other consumer goods: comparable sales, depreciation, and idealized value less the cost of restoration.

Does A Piano Increase In Value?

In the first year alone, pianos often lose 78% of their value. Following this, you can see that it gradually declines for another 20 years before reaching its final figure of 40% of its initial worth. As you can see, after the first few years, pianos will lose value at a rate of roughly 5% annually.

The world of music is accessible to a variety of budgets, even though owning one of the most expensive pianos in the world might not be a realistic goal for everyone because so many factors add value to a piano and some people just can afford them.

For the ordinary family, cheaper instruments include keyboards, recorders, tambourines, xylophones, and xylophones.

Even when John Lennon purchased it, the piano was a reasonably priced piece of equipment. However, a standard piano's exorbitant price was only possible thanks to the skill of a master pianist and musician.

Anyone can learn to play the piano, whether they purchase a piano fit for a king's castle or go for a more affordable option.