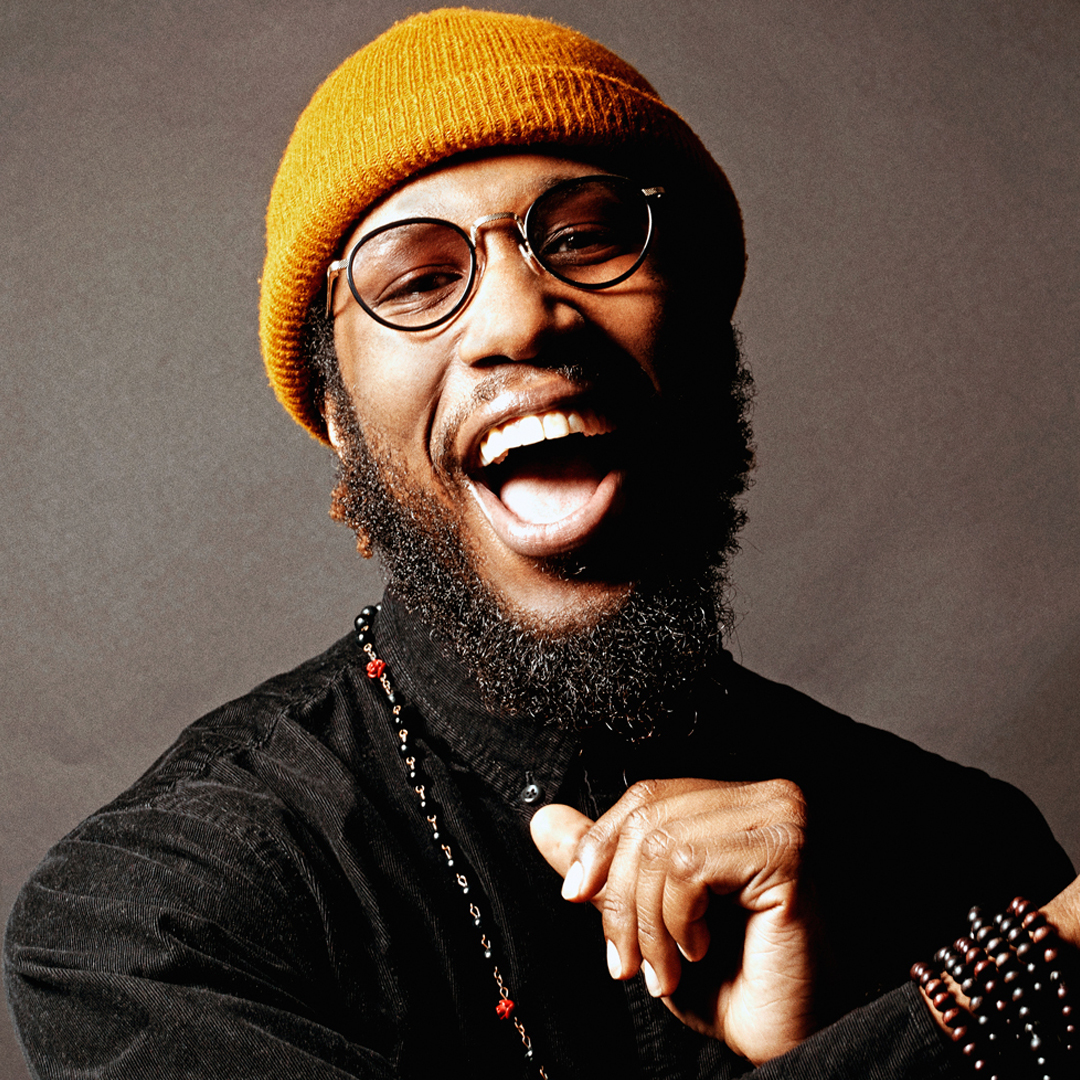 Cory Alexander Henry is an American R & B/Soul singer-songwriter, pianist, organist, and music producer who was born on February 27, 1987. Henry, a former member of Snarky Puppy, debuted as a solo artist with his first independent album, Art of Love. He released his sophomore full-length album, "Something to Say," on October 30, 2020, which featured the Marc E. Bassy-penned single "No Guns." He released Art of Love Live and Christmas With You via Culture Collective the same year.

Quincy Jones chose Henry to launch The Shed in New York with his curated "Soundtrack of America" series. On July 20, 2021, during game six of the 2021 NBA Finals, Kanye West edited and composed a commercial starring athlete Sha'Carri Richardson, utilizing the tune "No Child Left Behind," which included Cory Henry on organ.

Henry was born in Brooklyn, New York, and by the age of two, he was already playing the piano and the B3 organ. They already dubbed him "Master Henry" at the age of five because of his ability to accompany any song in any key on the Hammond Organ. When he was six years old, he performed at the Apollo Theater.

Since 2006, he has toured with a variety of mainstream musicians, including Bruce Springsteen, Michael McDonald, P. Diddy, Boyz II Men, Kenny Garrett, and The Roots, as well as gospel singers such as Israel Houghton, Donnie McClurkin, Kirk Franklin, and Yolanda Adams.

Henry and his band The Funk Apostles released their first song, "Trade It All" on April 13, 2018.

Henry departed Snarky Puppy in 2018 to start his solo career with Art of Love, his first independent project. Henry's sophomore full-length album, "Something to Say," was released on October 31, 2020. Henry gave a songwriting workshop at Brown University as part of the Brown Arts Initiative in October 2019.

Cory published three solo albums in 2020 and 2021, as well as being a composer and performer on a number of other albums, including Imagine Dragons' "Cutthroat," Jazmine Sullivan's "First Noel," Marc E. Bassy's "Fee Like Me," and others. 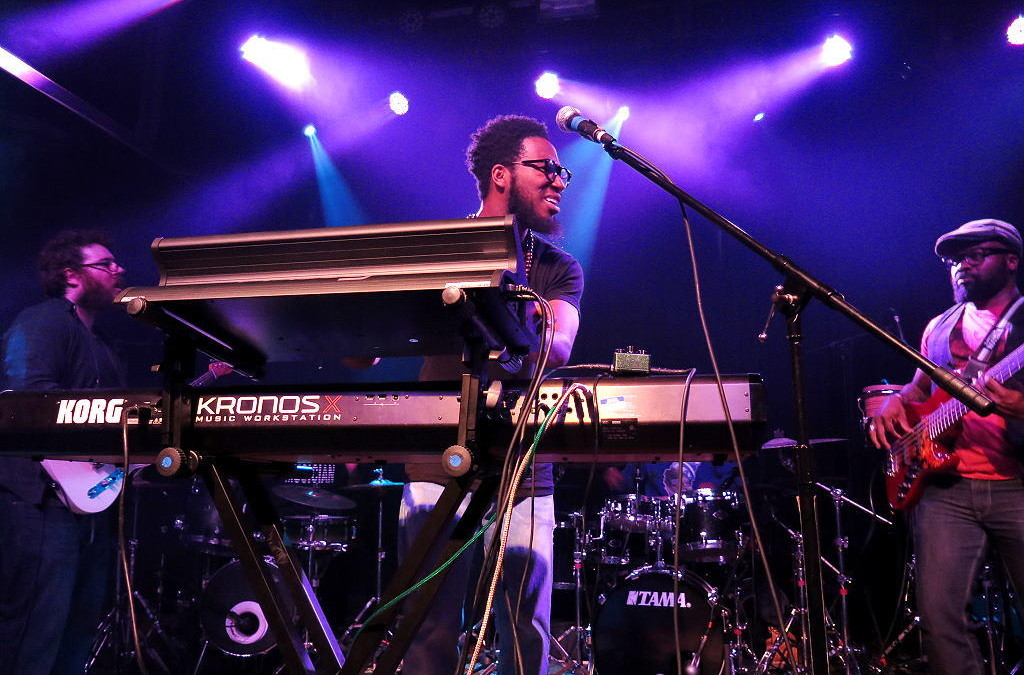 Cory Henry About Himself

Cory Henry, a soul singer, songwriter, and guitarist who was set to go on a global tour with Lenny Kravitz at the quarter-point of 2020, went inward, reflecting on events in his own life and expressing them through his songs. Cory has established a strong foundation of creating music that people can feel, and his forthcoming album, Something To Say, is a culmination of that.

Cory Henry spent his youth in Brooklyn, New York, immersed in the pages of sheet music. He remembers warmly, "I always had an interest in music." His mother played a variety of instruments. Cory's mother was rehearsing notes on the organ for choir practice when he was only two years old, and he followed suit. He adds, "I played the notes directly behind her." Recognizing her son's natural talent, she seated him at the organ and the two of them performed together. "Amazing Grace" was their debut song. By three o'clock, Cory was playing the organ at church in front of a pleasantly surprised audience. "At the age of five, Sunday was like my full-time job," he laughs, explaining that throughout the week he studied music for five different choirs, ranging from toddlers to adults.

He began playing at the renowned Apollo Theater at the age of six. He recalls his family strapping the organ to the van and driving it up to Harlem. It was obvious that a celebrity was on the way. "I recall one of the pastors at the church asking whether I wanted to play for the church or the world when I grew up," he continues. "'The globe!' I exclaimed. "Something about 'the globe' appealed to me." He predicted his own demise. Cory would sneak into the rear of New York's emerging star venue, the Village Underground, to see shows and experience a new type of live music once he entered high school. He adds, "They really had me coming back since I had never seen an organ outside of a church before." Cory was offered the position of organist at the venue when one became available. Celebrities were constantly coming out to check out fresh talent, and Cory's talents caught the attention of renowned jazz musician Kenny Garrett one fateful evening. He subsequently took him on tour with him for a number of years.

"When people realized I was a professional musician, I began receiving calls," he explains. Bruce Springsteen, the Roots, Kirk Franklin, and a slew of other artists added more shows and tours to the mix. Cory then joined the Grammy Award®-winning band Snarky Puppy in 2013, co-writing and playing keys on the band's viral video hit "Lingus (We Like It Here)." Cory launched his debut solo album, First Steps, later that year, and it charted in the top five on Billboard's jazz albums list. In 2016, he created Cory Henry and The Funk Apostles, which would go on to become a worldwide touring sensation. Cory has performed in over fifty countries and has shared the stage with Ms. Lauryn Hill, Vulfpeck, Jacob Collier, and Quincy Jones. Cory headlined Quincy's living legend's "Soundtrack of America" series and performed alongside him at the Montreux Jazz Festival after establishing a close relationship with Quincy. Cory Henry and The Funk Apostles released their debut album, Art of Love, in 2018, to critical acclaim from the New York Times and Billboard, as well as a spot on NPR's Tiny Desk Concerts Series.

Following the cancellation of his global tour due to Covid-19, and in light of racial injustices, Cory released the uplifting and unifying song "Rise," with profits going to the civil rights organization Color of Change. The song was also included in KCRW's coveted "Tuesday's Top Tune" show on the renowned Los Angeles radio station KCRW.

Something to say has suddenly taken center stage. His sound has undoubtedly evolved, going closer to the direction of 1970s soul music. He goes on to say, "I believe that's the best period of music," mentioning Stevie Wonder, Marvin Gaye, Donny Hathaway, P-Funk, and James Brown as influences. Something To Say, which Cory produced himself and includes him on vocals, Hammond B3, Moog, and Harpejji, has been dubbed "Future Soul" by Cory. Love, breakups, social awareness, injustices, and the consequences of being emotionally exhausted are among the topics he addresses.

While the songs will pique the interest of new and old Cory Henry fans, his primary goal is to use music to bring people together. He claims that music is a global language. "I've been to so many places where we didn't speak the same language, but they recognized the sounds and it made them happy. Making others happy gives me immediate gratification. "

Cory Henry As Multi-instrumentalist And Producer

He had the physique of a guy twice his age. His main instrument is the organ, which he has been playing since he was two years old. He participated in the Apollo Theater when he was six years old and made it to the finalist round. He co-produced Jay White's "Larger than Life" in 2010. Later that year, he published his debut CD, "Christmas With You," which included his upbeat interpretations of Christmas classics as well as his improvising skills. Henry wrote and produced many songs for Kim Burrell's Grammy-nominated and Stellar Award-winning "Love" album, which was released in 2011. Later that year, he released the song "Leave Me Alone," which featured his vocal talent.

He got the chance to tour with jazz great Kenny Garrett as his organist when he was nineteen years old, for a three-year stay. He has been on television in the third season of BET's Sunday's Best and on the Jimmy Fallon Show. He's collaborated with Aretha Franklin, Sara Bareilles, Stanley Brown, Ray Chew And The Crew, P. Diddy, Kirk Franklin, Rob Glasper, Ron Grant, Lalah Hathway, Derrick Hodge, Israel Houghton, Joe, Shaun Kingston, Donald Lawrence, Mary Mary, Donnie McClurkin, Michael McDonald, Boyz 2 Men, NAS, Snarky Puppy, Tommy Sims, Bruce Springsteen, The Roots, He Henry has a devoted and large following because of his awe-inspiring spontaneous YouTube performances. His first album, "First Steps," was published in July 2014 and was hailed as "New and Noteworthy" by iTunes, debuting at number one in the iTunes rankings. He's currently on the road with Snarky Puppy, his own band, "The Funk Apostles," and assisting in the creation of many other artists' projects.