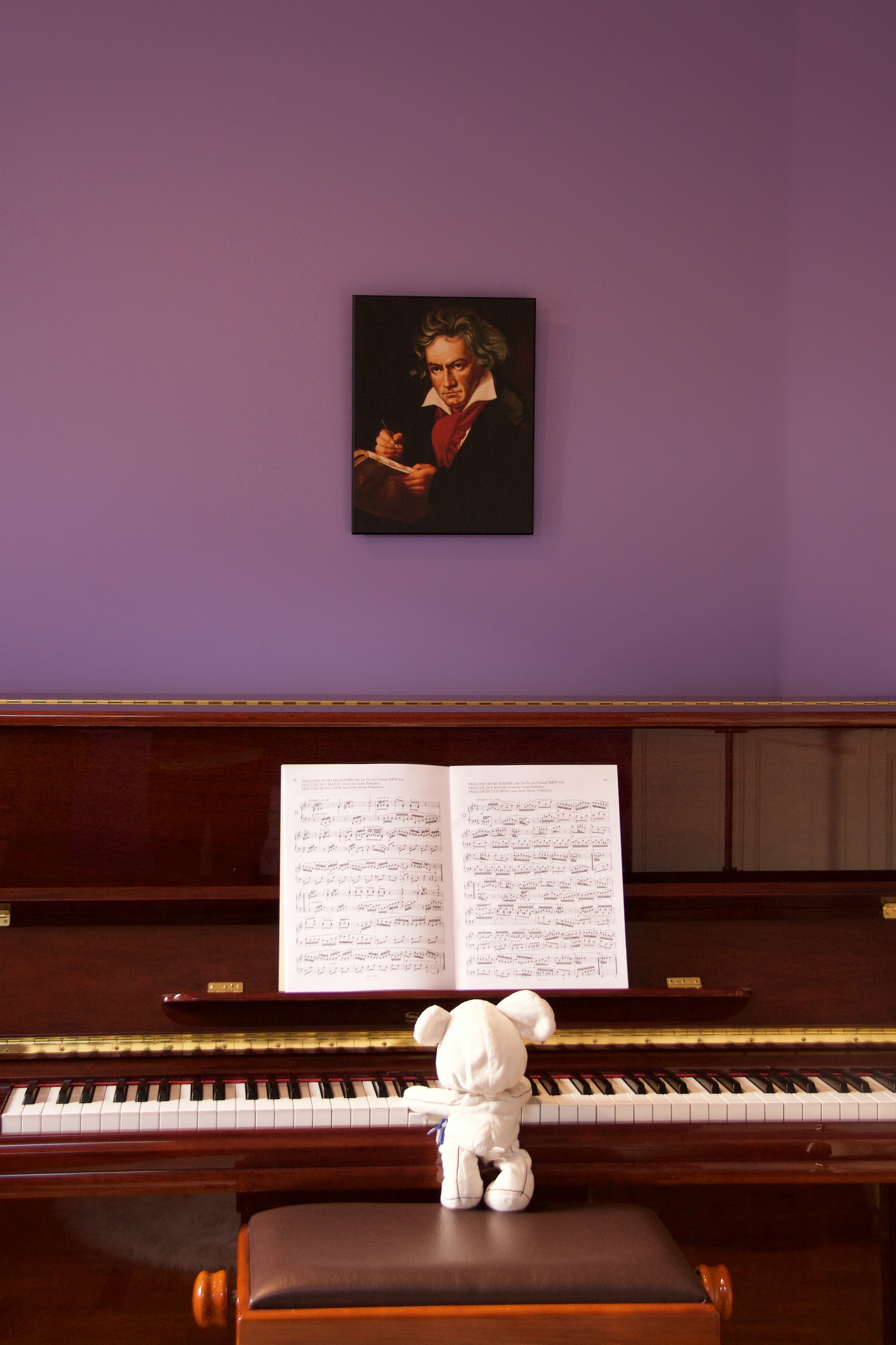 Piano Mechanism - The piano action's overall goal is to perfectly translate every aspect of the player's finger and hand movements into a musical note that accurately expresses the player's exact intentions.

The smallest variation in stroke speed, hardness, or even key release must result in a proportional change in the piano's performance.

The following explanations will not turn you into an experienced piano technician, but they will hopefully give you a better knowledge of how to control your instrument by grasping the sheer complexity of what happens every time you press and release a key.

A true artisan is a piano technician who can expertly make the adjustments needed to get the piano to behave as described above.

Bartolomeo Cristofori, an Italian harpsichord manufacturer, created the piano in Padua around 1700.

The underlying mechanism has changed very little since Cristofori's day, despite the fact that the modern piano is the culmination of decades of technological development.

Prior to the introduction of the piano, the harpsichord was the most popular keyboard instrument.

Small quills pluck strings that vibrate in a harpsichord to produce the silvery sound.

The quill will pluck the string with near to the same force, generating the same sound, no matter how hard you press a key. 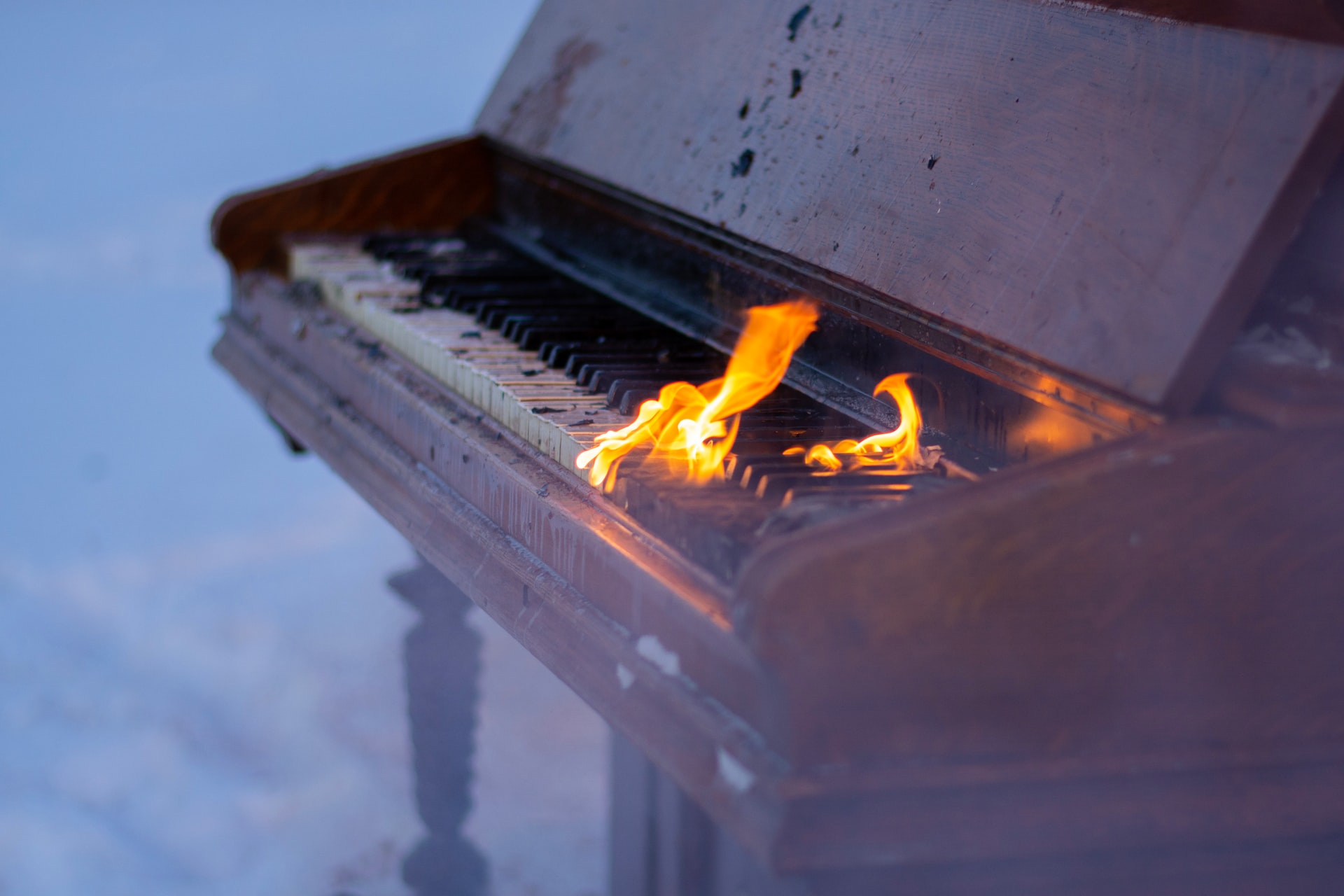 When You Press A Key, What Happens?

A little hammer inside the piano hits a string or strings when you push a key on the piano.

Each key has its own hammer or hammers that strike a single string or a group of strings.

The hammer strikes a string, which vibrates and produces a sound tuned to a specific note.

The vibration of the string is subsequently transmitted to the soundboard, which vibrates and resonates right beneath the strings.

The soundboard offers each piano its own distinct sound while also assisting in sound amplification (make louder). 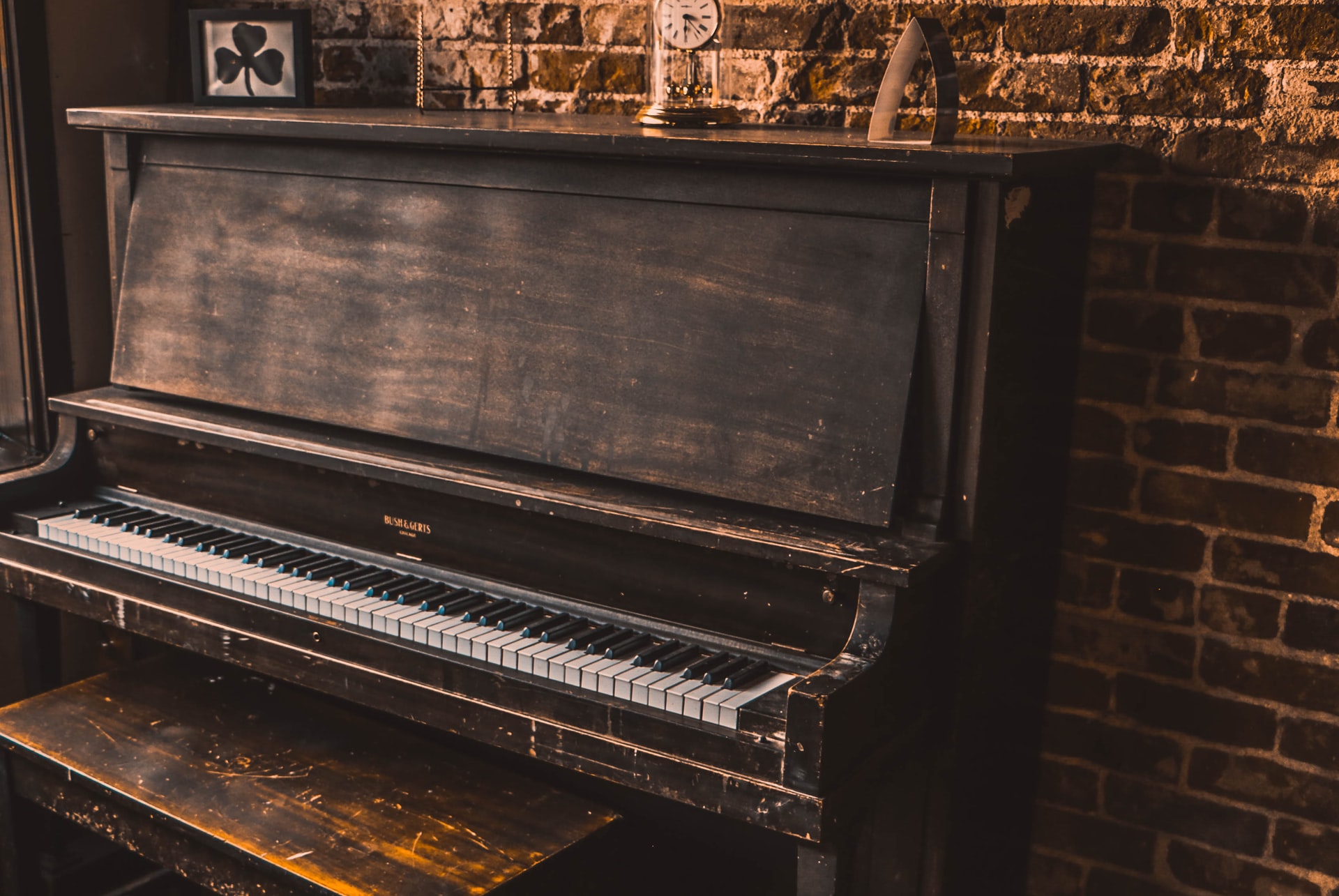 Steinway Piano Made Of Wood

As the player presses the front end, the Key moves in a "see-saw" fashion. Due to regulatory constraints on its use, modern piano key covers are no longer constructed of ivory.

Most manufacturers now offer some type of man-made or synthetic ivory to provide a tactile feeling that some pianists believe promotes smoother piano technique.

Key Leads balance the "see-saw" action of the key, requiring exactly the correct amount of power to press the key down.

Lower notes require more key leads than higher notes to make all keys seem the same to the musician since the keys of the piano become longer as you approach the lower notes.

The key leads must also be precisely positioned since the closer they are to the front of the key, the easier it is to depress the key, and vice versa.

To withstand wear from the frequent movement of the key on the Balance Rail Pin, the Key Button is composed of exceptionally durable wood.

The Balance Rail is a component of the key frame (not pictured) that supports the Balance Rail Bearing, which acts as the pivot point for the key's "see-saw" movement. The Capstan Screw, which is vertically adjustable, is responsible for pushing up the other components of the action.

The Hammer Flange is screwed to the hammer rail and held in place by the fluted edges that run the length of the rail.

This design ensures that the hammer pivot point is completely stable.

The Letoff Screw is screwed into the Regulating Rail and, as demonstrated in the video above, prevents the lower half of the jack from moving higher, forcing it to pivot out from under the knuckle.

The wippen assembly is a large number of moving pieces that is screwed to the Support Rail.

The three rails listed here and above are made of wood, extruded aluminum, and hollow brass tubing with wooden doweling driven in the middle.

The wooden dowel serves to give better stability for the screws that run through the rail as well as eliminates unwanted metallic resonance.

Brass is considered more robust and has less of a tendency to add a metallic feel to the piano's tone.

There is a damper in addition to the hammer. A felt pad covers the damper, which prevents the strings from vibrating while they are not being played.

A piano has more than 88 strings, despite the fact that it has 88 keys. A standard piano can have up to 230 strings.

Because many high notes have three strings, some lower notes have two strings, and the extremely low notes only have one string, this is the case.

The pedals on a piano are usually two or three and are operated with your feet. The right pedal, often known as the damper or sustaining pedal, is the most widely utilized.

When you push on it, it lifts the dampers on all the strings, allowing sounds to remain (or be sustained) even after you release the key.

Depending on the piano, the two pedals on the left may have different purposes. Soft pedal refers to the pedal on the left side.

The hammers are moved to allow the song to be played quieter. The hammers may be moved closer to the strings or to the side.

How does a piano work? Pulling apart a grand piano

Some Data About Pianos

What Is The Mechanism Of Piano?

The piano action mechanism (also known as the key action mechanism or just the action) is the mechanical component of a piano or other musical keyboard that converts key pressing into fast motion of a hammer, which strikes the strings to produce sound.

What Is The Name Of The Mechanism That Strikes The Strings On A Piano?

The "action" of a piano is the mechanism that causes hammers to strike the strings when a key is struck.

What Do 3 Piano Pedals Do?

The una corda, sostenuto, and damper pedals are the three pedals of the grand piano, numbered from left to right.

The pedals' aim is to alter the tone of the piano in some way.

By raising all of the dampers off the strings, the damper pedal, also known as the sustain pedal, extends the piano's sound.

This keeps the song going and allows all of the strings to vibrate in unison.

Piano In the middle of an Airport

Regular piano practice provides players with a variety of physical and physiological benefits.

Learning how mechanism in piano work will also improve your skills as musician.

Did you know anything about how piano works? Are you a musician? Leave in the comment all your experience!