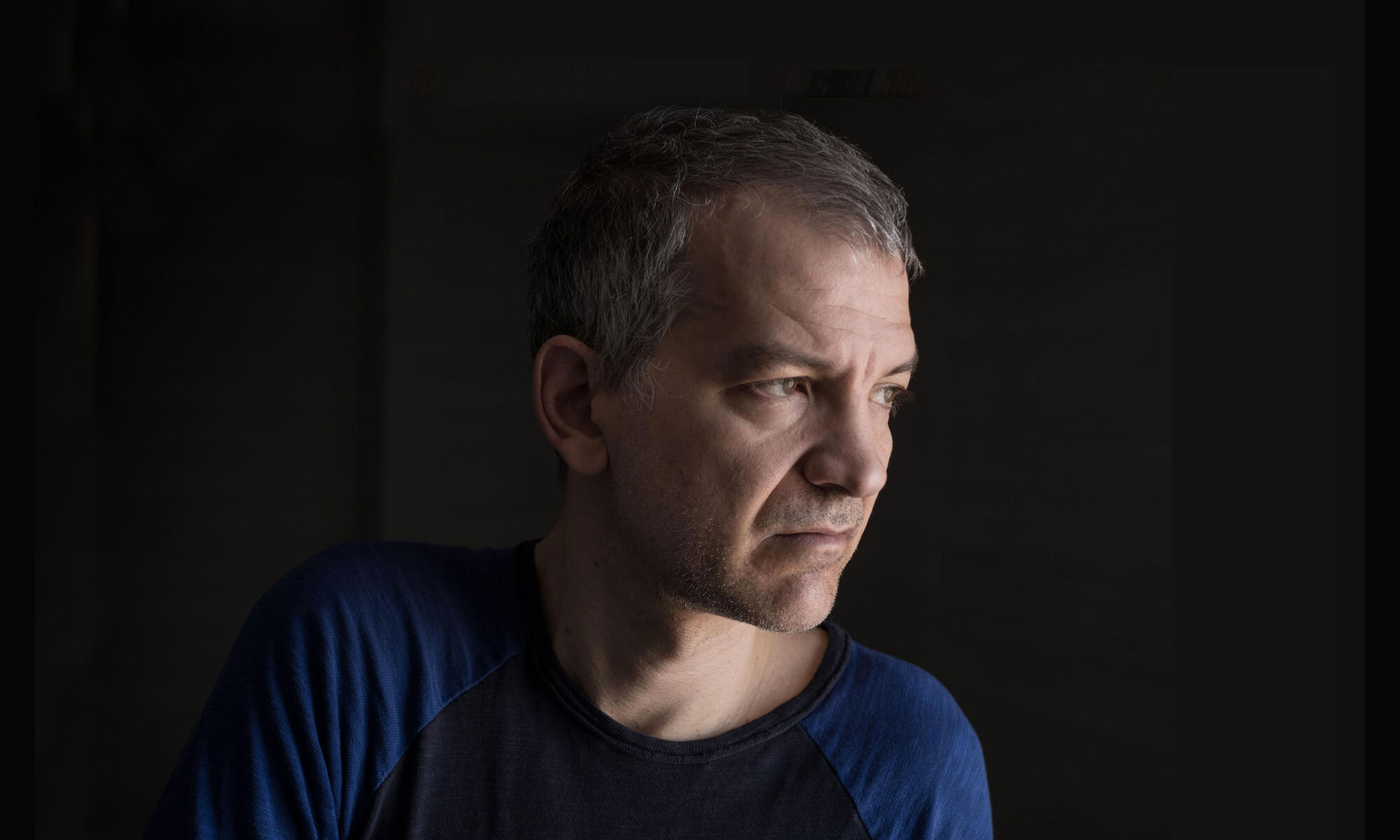 Bradford Alexander Mehldau (born August 23, 1970) is a jazz pianist, composer, and arranger from the United States. While still a student at The New School for Music, Mehldau toured and recorded. In the mid-1990s, he was a part of saxophonist Joshua Redman's Quartet, along with bassist Christian McBride and drummer Brian Blade, and has led his own trio since then. His first long-term band included Larry Grenadier on bass and Jorge Rossy on drums; in 2005, Rossy was replaced by Jeff Ballard. Under the pianist's name, these bands have produced a dozen albums.

Mehldau's compositions and playing include elements of pop, rock, and classical music, as well as German Romanticism. He has influenced musicians in and outside of jazz in their approaches to writing, playing, and choosing repertoire through his use of some traditional elements of jazz without being restricted by them, simultaneous playing of different melodies in separate hands, and incorporation of pop and rock pieces. 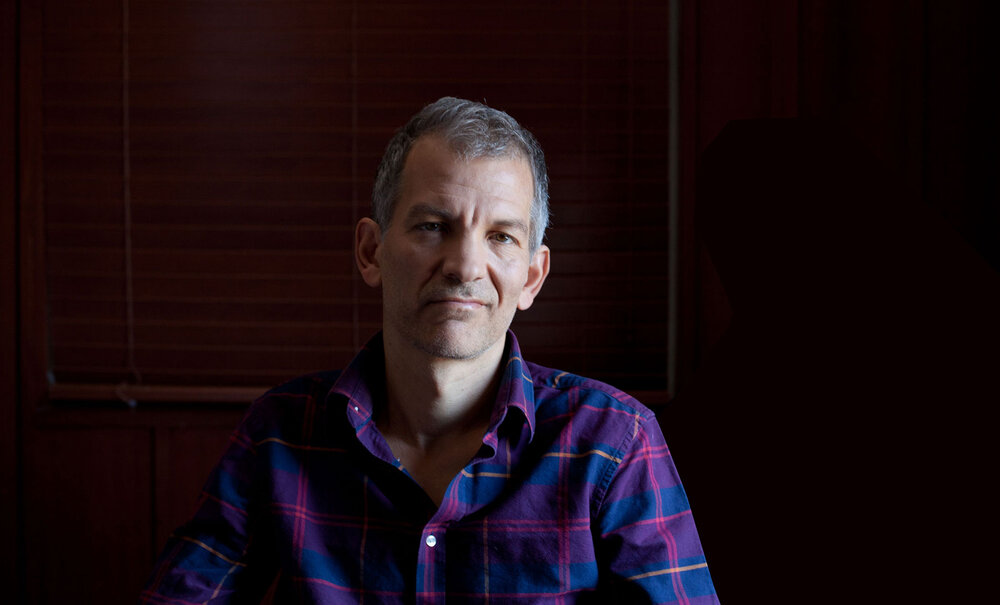 Between 1991 and 1998, In 1991, Mehldau made his debut album, Hollyday's The Natural Moment, and in the same year, he went on his first European tour with the saxophonist. When he was in his early twenties, Mehldau's passion for classical music resurfaced, spurring him to improve his left-hand technique. From at least 1992, when he performed at New York's Village Gate, he led his own trio.

Around this period, Mehldau also worked as a sideman with other artists. Mehldau's first published recordings as co-leader, from a May concert in Barcelona, were during a tour of Europe with saxophonist Perico Sambeat in early 1993. Mehldau spent 18 months on the road with saxophonist Joshua Redman. The partnership with Redman started in 1993, although they had already collaborated for a brief time the year before. Redman and his band drew notice, and Mehldau's reputation was boosted by their 1994 album, Moodswing. They also collaborated on the soundtrack for Redman's 1994 film Vanya on 42nd Street, for which he composed the music.

In 1993, Mehldau received his bachelor's degree from The New School.

In 1994, he established his first long-term trio with Larry Grenadier on bass and Jorge Rossy on drums. The next year, Mehldau released his debut solo album, Introducing Brad Mehldau, for Warner Bros. "It's as though he were aware of his jazz heritage but completely unfettered by it," The Penguin Guide to Jazz said. The Art of the Trio Volume One, his second album for Warner Bros., was released in 1996 to critical acclaim. Producer Matt Pierson chose the term because he thought it would attract people's attention and help create a brand.

Nobody Else but Me

By the mid-to-late 1990s, Mehldau was widely recognized as one of the most influential jazz performers of the day, with Guardian writer John Fordham dubbing him "the next great keyboard star of jazz." Some of the pianist's self-penned liner notes and interview comments, which included philosophical musings and complaints about comparisons with pianist Bill Evans, engendered dislike in some, "leaving Mehldau with a lingering reputation for pretentiousness and self-indulgence," as critic Nate Chinen put it.

Many reviewers, on the other hand, reevaluated their assessments of his major inspirations, which had previously been attributed to Evans, an evaluation that was possibly due more to race than to music. Another non-musical connection between Mehldau and Evans that was brought up was Mehldau's battle with heroin addiction in the 1990s, up until 1998. He came to Los Angeles in 1996 to attempt to overcome his drug addiction. "Once I quit taking heroin, it was like a flood of creativity that had been kept in check burst out," Mehldau later said.

Mehldau recorded his debut album with saxophonist Lee Konitz and bassist Charlie Haden in 1996. In 1997, Mehldau continued to contribute to film music as an accompaniment to some of the songs recorded for Midnight in the Garden of Good and Evil. His trio recordings continued, including some of the conventional components of jazz but not adhering to or being constrained by its conventions. The album Live at the Village Vanguard: The Art of the Trio Volume Two was recorded during a series of performances at the Village Vanguard in 1997 and published the following year.

In the mid-to late 1990s, Mehldau established himself on the international jazz festival scene, performing at events such as the Montreal International Jazz Festival and the Montreux Jazz Festival in 1997, as well as the North Sea Jazz Festival in 1998. In 1998, the pianist collaborated with Redman on the saxophonist's Timeless Tales (For Changing Times), as well as playing in Willie Nelson's Teatro. That summer, Mehldau spent a few months in Germany, where he furthered his knowledge of the language, literature, and music of the country.

Between 1999 and 2004, Mehldau's fascination with figures from 19th-century German Romanticism, including Brahms, Schubert, and Schumann, inspired his first solo piano album, Elegiac Cycle, in 1999, which ended a string of trio recordings under his name. In the same year, Art of the Trio 4: Back at the Vanguard was recorded and released, including more performances from the Village Vanguard. Standards, Mehldau originals, Miles Davis' "Solar," and a new rendition of "Exit Music (For a Film)" are on the album. Mehldau also played piano on two albums by saxophonist Charles Lloyd in 1999.

Places, an album of solo piano compositions and trio performances by Mehldau, was released the next year. All of the songs were written by Mehldau and were inspired by his travels to different places throughout the globe. The last CD in the series, Progression: The Art of the Trio, Vol. 5, was recorded in 2000 and published in 2001, and was another live recording from the Village Vanguard. "The three established my identity," Mehldau said in 2005, reflecting on his previous career. His trio had traveled for most of each year for the previous three or four years, up to the end of 2001. 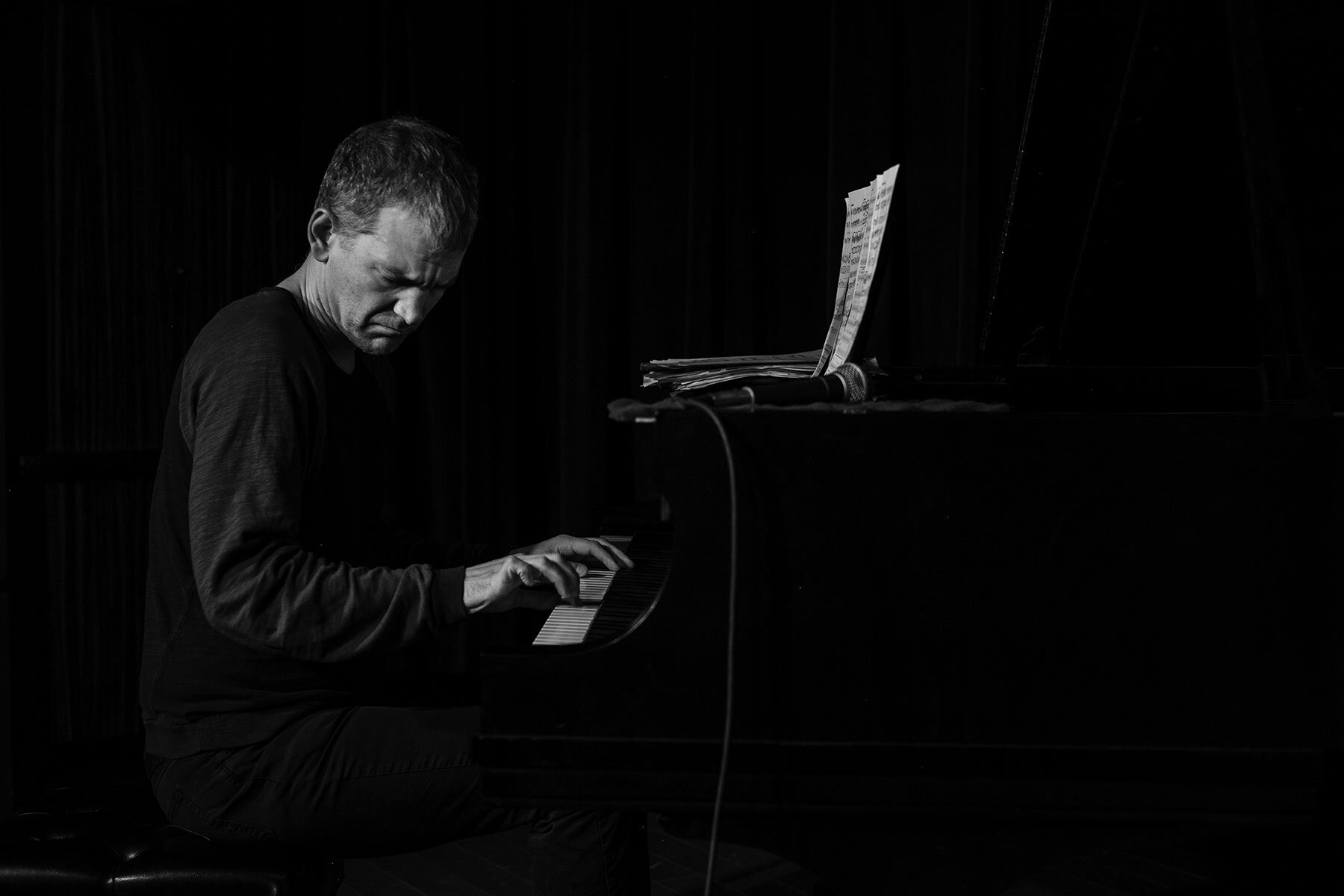 With the French film Ma femme est une actrice, Mehldau transitioned from performing on film soundtracks, such as The Million Dollar Hotel and Space Cowboys, to scoring. He departed for Los Angeles the same year. That year, he performed with saxophonist Wayne Shorter for the first time, and two years later, he recorded the Grammy Award-winning Alegra with him.

While trio concerts and records persisted, Mehldau started to expand the musical contexts in which he performed as a leader in the early to mid-2000s. His 2002 CD, Largo, for example, was Mehldau's first foray away from piano solo or trio recordings. Jon Brion, whom Mehldau had met at a California club that held weekly events, produced it. In addition to Mehldau's regular trio, the CD features rock performers and instruments that are usually associated with classical music, as well as experimentation with prepared piano and "many layers of electronically augmented sound." According to reports, this is Mehldau's best-selling album as of 2010.

In 2002, the results of two more days of recording were divided into two trio albums: The album Anything Goes, which was published in 2004, included renditions of other people's songs; Mehldau's originals were released two years later on House on Hill. Live in Tokyo, a solo piano recording from a 2003 performance, revealed more poetry in Mehldau's playing and was released in 2004 as his debut album for Nonesuch Records, a Warner Bros. subsidiary. He toured Europe for three weeks in the summer of 2004 with a lineup that featured guitarist Kurt Rosenwinkel and Redman. Mehldau established a foursome with Mark Turner on saxophones, Grenadier on bass, and Jeff Ballard on drums in the fall of that year.

In 2013, Mehldau and drummer Mark Guiliana formed the synthesizer-oriented duet "Mehliana," which was given the portmanteau moniker "Mehliana." Their music was mainly improvised, including dub, drum 'n' bass, electro, and funk influences. Mehliana: Taming the Dragon, their first album, was released in February 2014. 10 Years Solo Live, a compilation of solo piano recordings from Mehldau's performances throughout Europe from 2004 to 2014, was published late in 2015. Blues and Ballads, a trio album featuring Grenadier and Ballard, was recorded in 2012 and 2014 and released in 2016. Mehldau and Guiliana created a trio with guitarist John Scofield in 2016, and they toured the United States before heading to Europe.

Mehldau's interest in classical music grew when he was commissioned by various concert venues to compose works inspired by Johann Sebastian Bach compositions, which he performed in solo concerts alongside the Bach originals in 2015. After Bach, his solo piano album, was recorded in 2017 and released the following year. Seymour Reads the Constitution!, another trio record with Grenadier and Ballard, was released later that year. Finding Gabriel was his next album, which was published in 2019. In the same year, Mehldau returned to Wigmore Hall to play another of his commissioned song cycles, this time with Ian Bostridge.

Fleurine Mehldau, a Dutch jazz singer with whom he has recorded and performed, is Mehldau's wife. They've been married since 1997 and have three children together. The oldest child was born in 2001 and is a girl. Early in 2006, Mehldau announced that due to family obligations, he would be doing shorter tours. In 2010, he split his time between Amsterdam and New York when he wasn't traveling.

"Miniature tapestries of tight lyricism and unexpected twists," Fordham said of Mehldau's works. Some of Mehldau's compositions are based on something he's played while improvising, such as incorporating a certain beat into his trio, while others are based on something he's played while improvising. "The beginning is usually simple for me," Mehldau said, "the middle becomes more tough, more of an intellectual process, more trial and error at work, and the conclusion is always challenging for me." The conflict between the necessity to finish a work and his wish to leave a feeling of open-endedness – "an escape duct of potential" – lies at the root of his efforts to create acceptable ends.