Daniil Trifonov: A Pianist Ahead Of His Time! Artist Biography, Discography, & Career 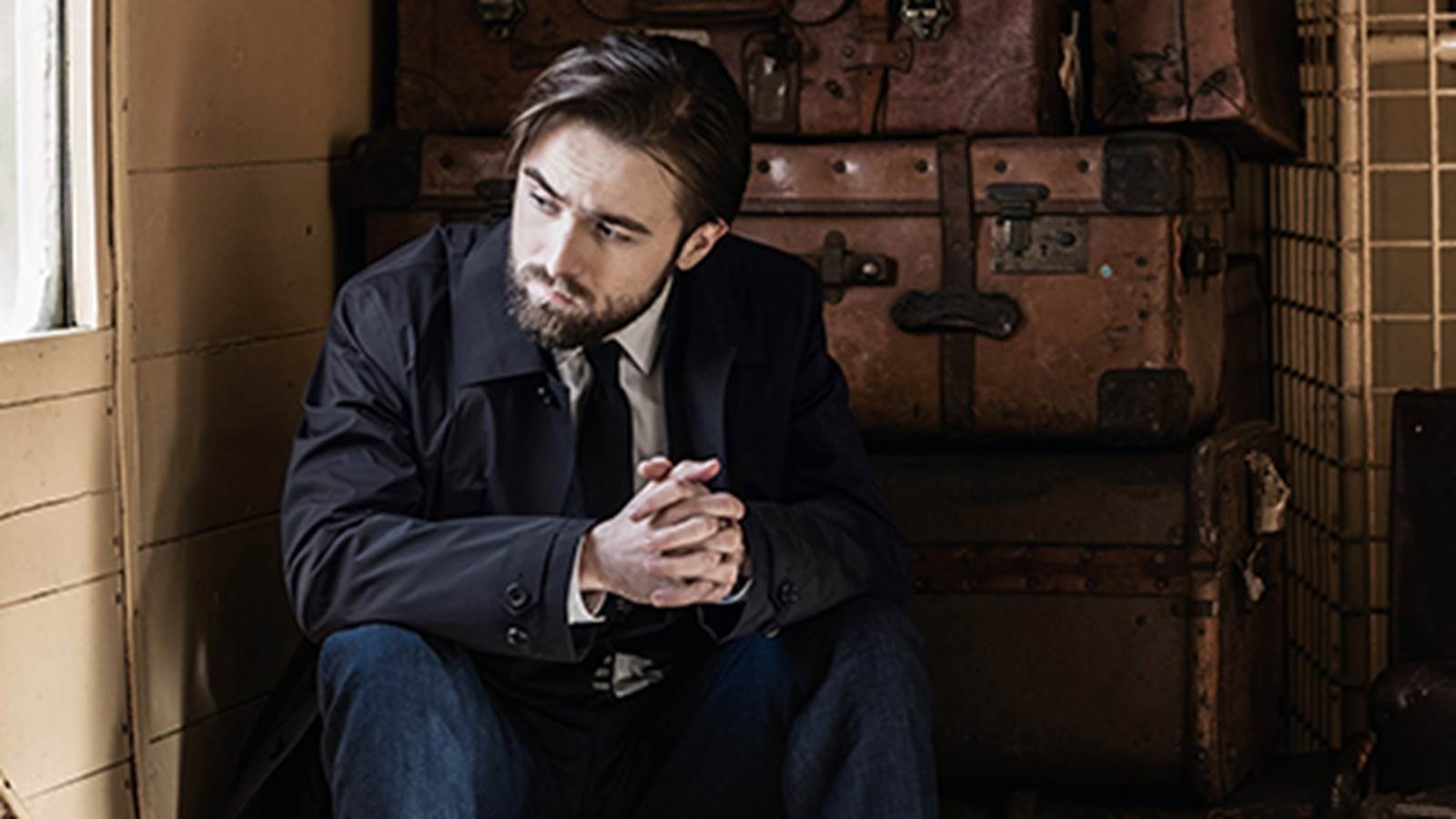 Daniil Olegovich Trifonov is a pianist and composer from Russia. Trifonov's accolades include a Grammy Award victory in 2018 and the Gramophone Classical Music Awards' Artist of the Year Award in 2016. He has been called "probably today's top classical virtuoso" by The Globe and Mail and "without doubt, the most astonishing pianist of our era" by The Times. "Few performers have exploded into the classical music world in recent years with the incandescence" of Trifonov, according to the New York Times. He has performed as a soloist with orchestras including the New York Philharmonic, Cleveland Orchestra, Royal Philharmonic Orchestra, London Symphony Orchestra, Mariinsky Theatre Orchestra, Royal Concertgebouw Orchestra, Berlin Philharmonic, San Francisco Symphony, Houston Symphony, and Munich Philharmonic, as well as solo recitals at Royal Festival Hall, Carnegie Hall, John F. Kennedy Center for the Performing Arts, and the Royal Festival Hall.

Trifonov, who was born in Nizhny Novgorod, started learning the piano at the age of five and had his first solo performance at the age of seven. He started studying with Tatiana Zelikman at Moscow's Gnessin School of Music in 2000. Trifonov studied at the Cleveland Institute of Music under Sergei Babayan from 2009 to 2015. He earned the First Prize and Grand Prix at the International Tchaikovsky Competition in 2011, as well as the First Prize and Grand Prix at the Arthur Rubinstein International Piano Master Competition, and was a prizewinner at the International Chopin Piano Competition in 2010. Trifonov secured a recording deal with Deutsche Grammophon in 2013, and his first CD for the label, a live recording of his Carnegie Hall debut solo performance, received a Grammy nomination for Best Classical Instrumental Solo. In 2018, he received a Grammy for a CD of Franz Liszt's entire transcendental études for piano. His albums have charted internationally, with seven appearing on the Billboard Top Classical Album lists. 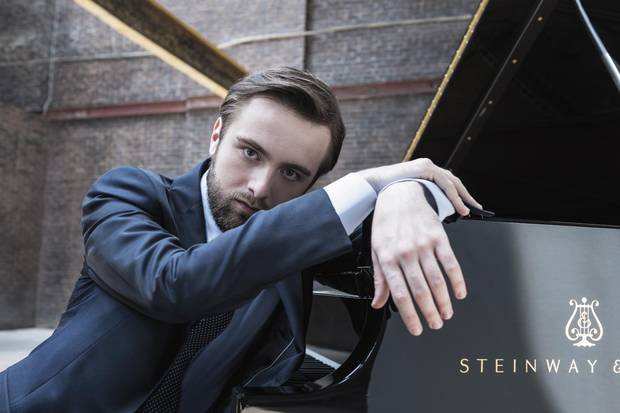 Trifonov received Third Prize in the Moscow International F. Chopin Competition for Young Pianists in Beijing, China, in 2006, when he was 15 years old.

He was one of seven finalists in the Eurovision Young Musicians competition in 2010, performing at Vienna's Rathausplatz (Vienna City Hall Square).

Trifonov received Third Prize and the Special Prize of Polish Radio for the finest mazurka performance at the prestigious XVI International Chopin Piano Competition in Warsaw in 2010. Nelson Freire and Martha Argerich, members of the jury, gave him the highest score in the competition's final round. Argerich later told the Financial Times in 2011 that Trifonov had ""What he accomplishes with his hands is technically amazing," says the author. It's also his touch, which combines compassion with a satanic aspect. That's the first time I've ever heard anything like that "..

Trifonov won the XIII Arthur Rubinstein International Piano Master Competition in Tel Aviv in May 2011, as well as the Pnina Salzman Prize for the Best Performer of a Chopin Piece, the Prize for the Best Performer of Chamber Music, and the Audience Favorite Prize. Trifonov won First Prize, Gold Medal, and Grand Prix in the XIV International Tchaikovsky Competition in Moscow only a few weeks after winning the Rubinstein Competition. Trifonov also took up the Audience Award and the Award for Best Chamber Concerto Performance.

Cleveland Institute of Music President Joel Smirnoff said in a statement after Trifonov won the Tchaikovsky competition: "We are seeing the development of a great artistic interpreter of piano literature in Mr. Trifonov. His amazing performances in the recent Chopin, Rubinstein, and Tchaikovsky contests must be marveled at, and we look forward to hearing and seeing him share his unique, expressive, and virtuoso skills with the rest of the world in the future years." Trifonov played 85 performances in the twelve months after the competition; he got 150 invitations, but stated "at my age, 150 would be suicide." Trifonov gave a performance at Mannes School of Music as part of the International Keyboard Institute and Festival soon after winning the Tchaikovsky competition in July 2011. Trifonov "has dazzling skill and virtuoso flair," according to Anthony Tommasini of The New York Times, but he's also "a sensitive musician and, when so moved, he can play with soft-spoken tenderness, hardly what you identify with competition victors."

Anne Midgette of The Washington Post called Trifonov's playing "freakishly brilliant" in a review of a concert when he performed Tchaikovsky's Piano Concerto No. 1 with the Mariinsky Theatre Orchestra conducted by Valery Gergiev at George Mason University's Center for the Arts in October. According to Midgette, "Routine patches of pounding (was it a faulty piano?) would give way to times of stunning perfection that provided surprising insights throughout the work.

Trifonov made his Carnegie Hall debut three days later, performing the same concerto with the same orchestra and conductor. The New York Times' James R. Oestreich was scathing of the performance: "Mr. Trifonov's performance was frequently frantic rather than authoritative. And he had a habit of contrasting very rapid playing with extremely slow playing, which was more maundering than meditative: a manic-depressive style that may have been suitable for Tchaikovsky's Pathétique Symphony but not for this important concerto." Trifonov, on the other hand, "showed more sensitivity, taste, and creativity" in his two encores, Chopin's Grande valse brillante in E-flat major (Op. 18) and Liszt's "La campanella," according to Oestreich.

Trifonov gave a sold-out recital at the Cleveland Institute of Music in November. Trifonov's playing was "virtuosic and sensitive, combining extraordinary mastery of the piano with an enduring pleasure of music-making," according to Donald Rosenberg of The Plain Dealer.

In 2012, Trifonov made debuts with the New York Philharmonic, Chicago Symphony Orchestra, Cleveland Orchestra, and Wigmore Hall and Queen Elizabeth Hall in London, the Longy School of Music at Bard College in Boston, the Musikverein in Vienna, and the Salle Pleyel in Paris. Vivien Schweitzer of The New York Times wrote of Trifonov's debut with the New York Philharmonic at David Geffen Hall (then known as Avery Fisher Hall) in Prokofiev's Piano Concerto No. 3 (Op. 26), conducted by Alan Gilbert, that he "offered far more than mere virtuosity," demonstrating "an elegant touch and witty grace in more lighthearted moments and poetic insight in more introspective passages."

The Plain Dealer remarked that his performance with the Cleveland Orchestra in Chopin's Piano Concerto No. 1 directed by James Gaffigan "demonstrated excellent finger control, a strong ear for tone gradation, and superlative contrapuntal purity." Martin Kettle of The Guardian, on the other hand, said of his Wigmore Hall debut that "there is a rawness in his playing that is at turns seductive and maddening," adding that "the struggle for his artistic soul is still on."

Daniil Trifonov made his Carnegie Hall recital debut in February 2013.

He gave a "beautifully shaped, introspective, and elegantly colored interpretation" of Alexander Scriabin's Piano Sonata No. 2 (Op. 19) and his "soulful artistry and virtuoso chops were in full evidence" in Franz Liszt's Piano Sonata in B minor, according to Vivien Schweitzer of The New York Times in a concert review. "Overall, his interpretation lacked essential power and demonic fury," Schweitzer wrote of the Liszt Sonata, adding that "it is hardly surprising if, at only 21, Mr. Trifonov is not yet at the height of his artistry; it will doubtless be even more rewarding to hear him play this work in a few years." The event was recorded by Deutsche Grammophon for a later-released CD, which was a major hit, peaking at # 18 in Billboard's Top Classical Albums rankings and earning a Grammy nomination.

In 2013, he was also honored by Italy's top music critics with the Franco Abbiati Prize for Best Instrumental Soloist. Maurizio Pollini, Arturo Benedetti Michelangeli, Sviatoslav Richter, Radu Lupu, and András Schiff are only a few of the previous winners of the coveted prize.

Trifonov was commissioned by the Cleveland Institute of Music to compose a concerto for piano and orchestra in 2014. The Piano Concerto in E-flat Minor had its world debut on April 23, with the composer as soloist and the CIM Orchestra directed by Joel Smirnoff. The Plain Dealer's Zachary Lewis said of the performance: "Even after seeing it, it is difficult to believe. Daniil Trifonov, a pianist and composer, is a master of his craft. " "While the piece featured entire stretches of raw inventiveness, the work nevertheless struck this listener as strongly indebted to such masters as Scriabin, Bartok, Shostakovich, and Prokofiev," he wrote of the concerto.

With the New York Philharmonic from 2014 to 2015, Trifonov played the entire cycle of Rachmaninoff piano concertos as well as Rhapsody on a Theme by Paganini.

For his second CD for DG, he recorded Paganini's Rhapsody on a Theme with the Philadelphia Orchestra, directed by Yannick Nézet-Séguin. Trifonov received his second Grammy nomination for the album, which featured additional solo pieces by Rachmaninoff as well as his own song, Rachmaniana. 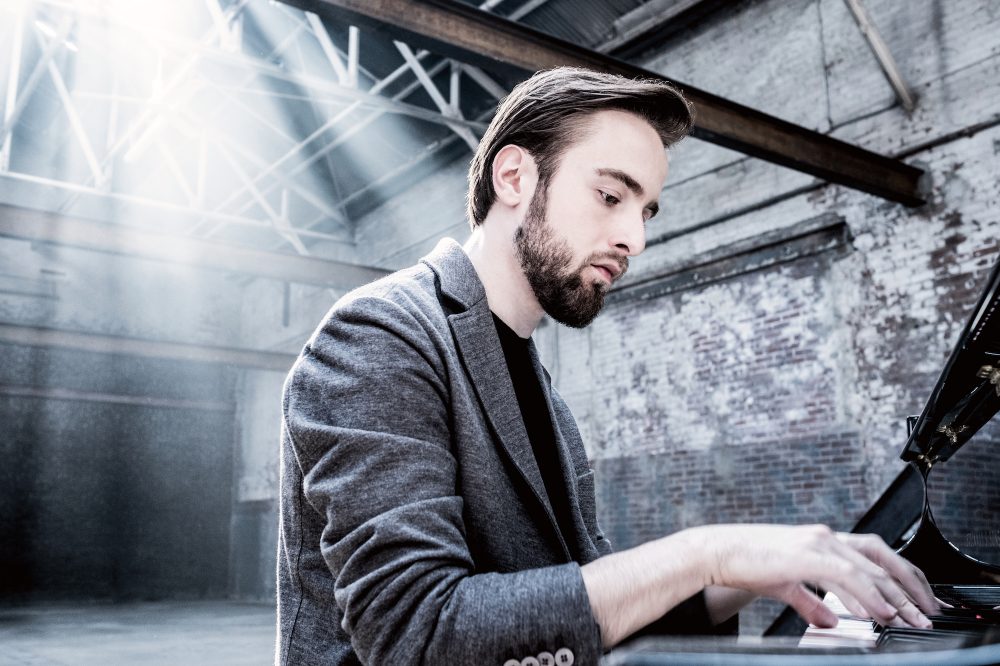 Daniil Trifonov's first three albums were completely dedicated to Chopin's work, and were recorded in 2010 and published in 2011 on Decca Records, Dux Records, and the Fryderyk Chopin Institute labels. In 2012, the Mariinsky label issued an album that featured a recording of Tchaikovsky's Piano Concerto No. 1 conducted by Valery Gergiev with the Mariinsky Theatre Orchestra; this performance was praised by International Piano magazine as "a really outstanding disc".

Daniil Trifonov's playing is a heady combination of super-virtuosity and the capacity to produce the highest levels of sensitivity... He shows an amazing diversity of touch and shade... the couplings are as clever as they are beautiful.".. Trifonov secured an exclusive recording deal with Deutsche Grammophon in 2013. (DG). The Carnegie Performance, his debut album for DG, was a live recording of a recital he gave in Carnegie Hall that month, for which he earned his first Grammy nomination. In 2015, Trifonov was nominated for a Grammy for his next DG album, which included a performance of Rachmaninoff's Rhapsody on a Theme of Paganini with the Philadelphia Orchestra led by Yannick Nézet-Séguin. Trifonov's second CD for DG, released in 2016, included the entire piano études of Franz Liszt, which was a huge success.

In October 2016, it debuted at number one on the Specialist Classical Albums Chart in the United Kingdom, was named one of The New York Times' "Best Classical Music Recordings of 2016," and won the 2018 Grammy Award for Best Classical Instrumental Solo. Trifonov's discography has achieved significant commercial and critical acclaim. Trifonov was named Artist of the Year at the Gramophone Classical Music Awards in 2016. His achievements include seven albums that have charted on the Billboard Top Classical Album charts, as well as appearances on foreign record chart rankings.